When I first got my Panasonic SD-2501 bread maker, I was so thrilled! I mean, who doesn’t love the sound of waking up to indulge in the rewards of making homemade bread for breakfast. I had an old bread machine before – I think it was a Panasonic brand as well. But I sold it to the second hand shop because it was just a basic bread machine without the various functions to make raisin bread and basic dough as it was probably a very old model. So I felt it was useless. Do you ever wonder what it’s like making bread with bread machines?

I was rather sceptical to get another bread maker – until my mom convinced me that she wanted to get me one for Christmas because she loves using her machine.

I finally got my bread machine during last year’s Boxing Day sale. When I brought it home, I wanted to try making bread with it straight away. It didn’t take me long until I finally found the time to make bread with my new bread maker.

Before I made my bread – I made a point to read the manual that came together with the machine. It said:–

1) Place the dry yeast at the bottom
2) Cover the yeast with all the dry ingredients (flour, sugar, salt, etc.)
3) Pour in the water and any other liquids
4) Put the bread pan into the bread maker, lock the bread pan by turning it, then close lid.
5) Then choose the program settings then the bread will be done.

So I followed the instructions in the manual. Then when my bread came out, it didn’t look good. 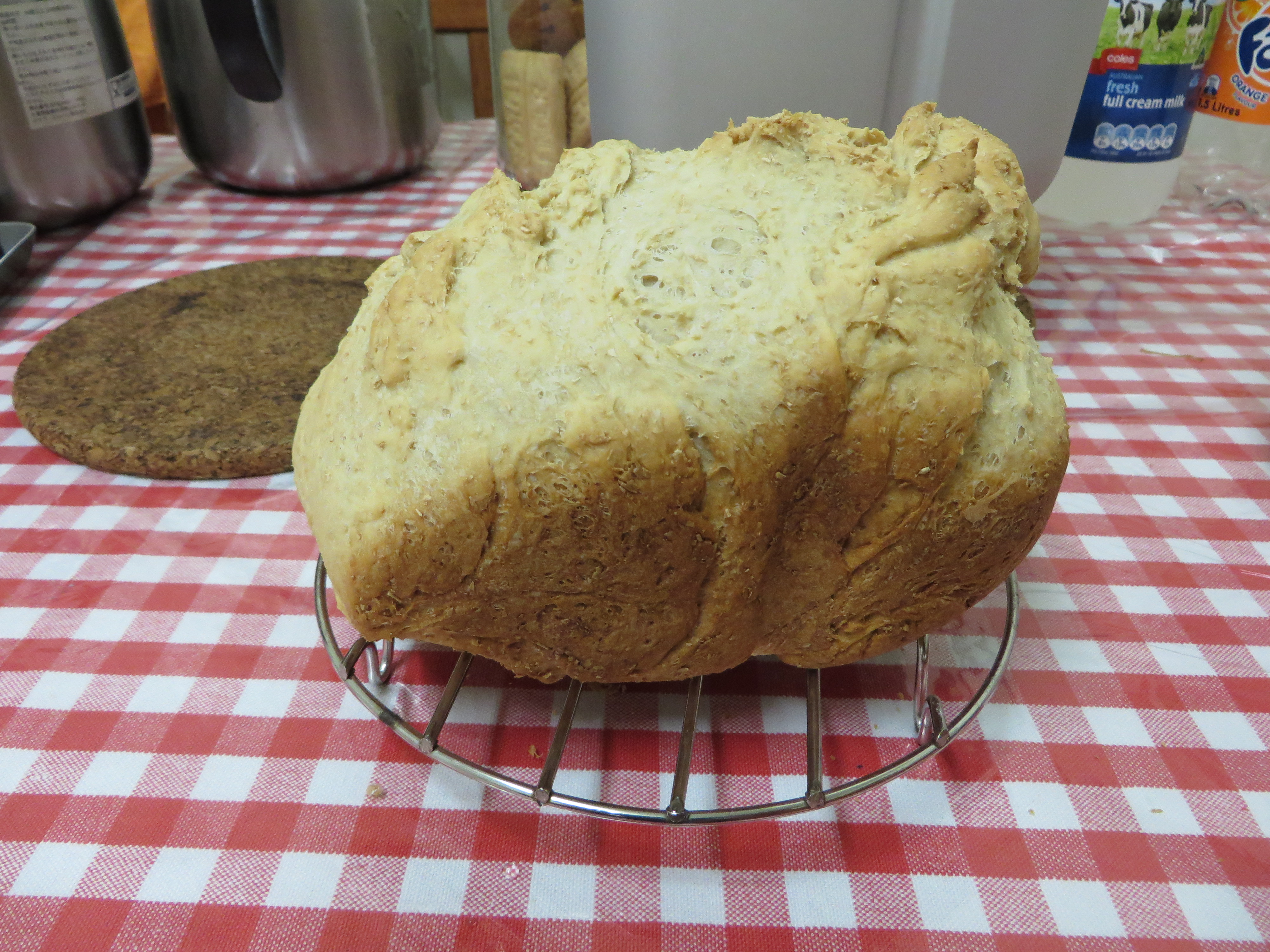 It was clear that the bread somehow did not rise properly and was hard and dense. I was devastated.

After my failed attempt at making bread in a bread maker, I immediately contacted my mom to let her know. A couple of days later, I received a long e-mail from my mom, telling me all the possible mistakes I may have made while making my bread.

Then for my second attempt, based on my mom’s advice, my bread came out PERFECT– and it tasted great too. It was a SUCCESS finally! 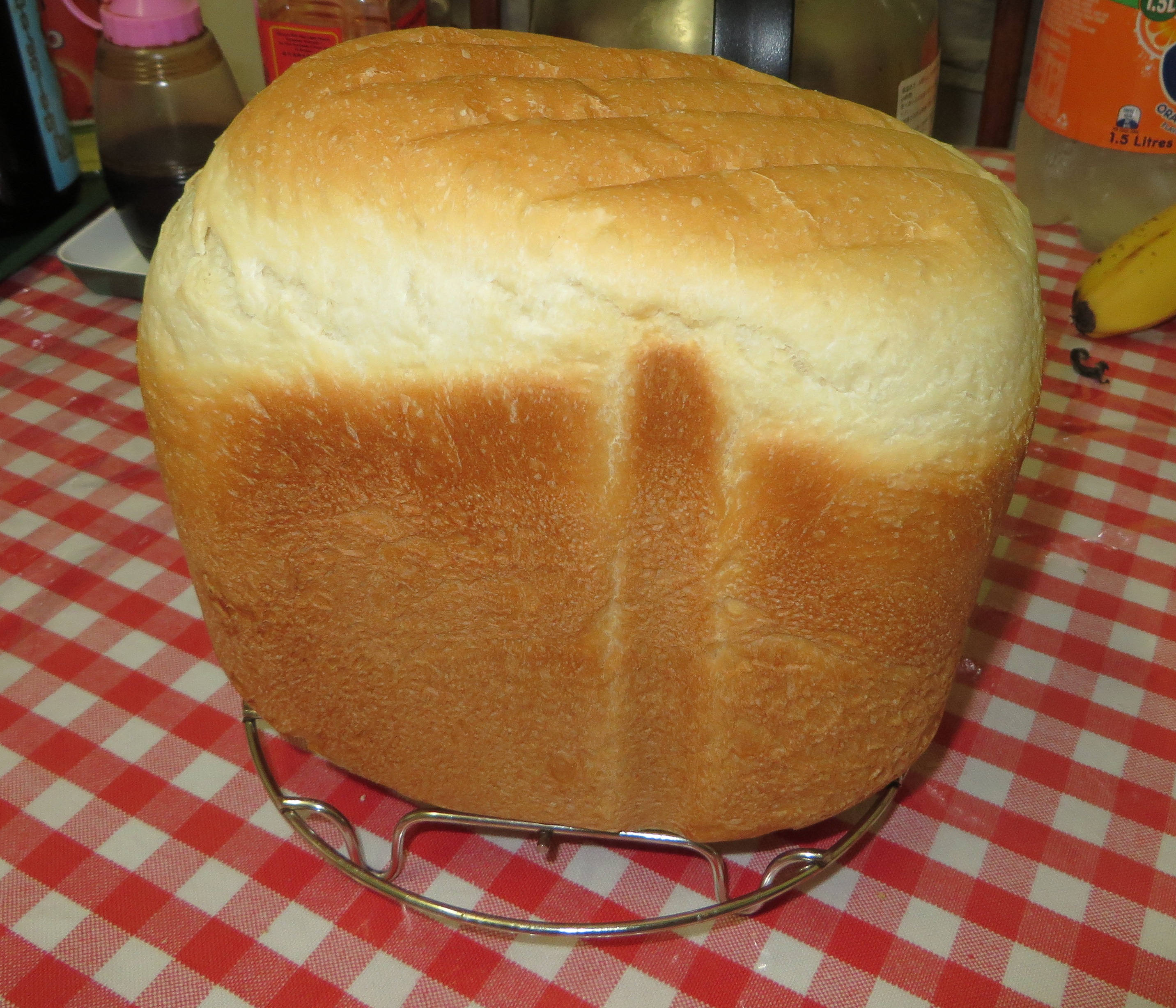 This is what my bread looked like during my second attempt

So what went wrong during my first attempt? I’m sure many of you would want to know!

Here are my tips:

1) Adding salt immediately after adding the yeast to your machine.

Adding salt on top of the yeast will kill the yeast. So when this happens, the bread doesn’t rise properly. In a bread machine the perfect sequence would be adding the bread flour immediately after adding the yeast and spreading it evenly around the bread pan so that the other ingredients such as – sugar, water, softened butter and water doesn’t touch the yeast at the beginning of the cooking process so that the bread will rise properly.

If your recipe calls for whole milk powder, don’t use fresh milk – if possible. When you use fresh milk, you will have to alter the amount of water to make the bread – which could be rather confusing. When your alterations go wrong, so does your bread!

3) Using recipes that are meant for making bread by hand

For me, I guess that adding salt right on top of the yeast and using fresh milk instead of whole milk powder was the reason for my first bread attempt disaster.

Now that you can learn these mistakes from my past experience, I am confident that you can now make perfect breads!

Hope you’ve managed to learn something to improve your skills when making bread with a bread machine. Do you have other tips to share? I’d love to know. 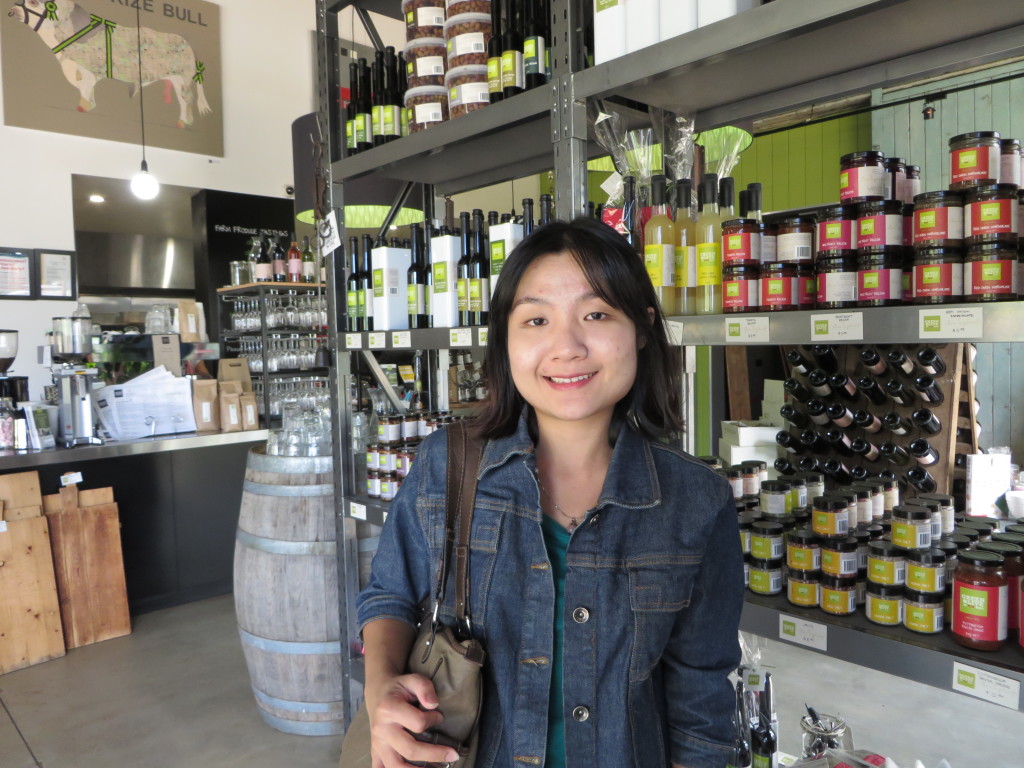